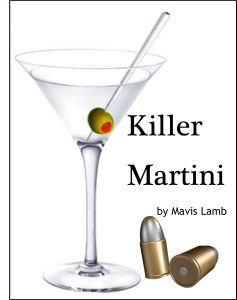 “Weston Davis lugged a garbage bag full of empty bottles and spent limes out the back door, feeling his pocket for his lighter and a much-needed cigarette. Check. Unlocking and opening the dumpster lid he readied himself to heave the bag inside. A pain shot through his overworked shoulder. He stopped short and dropped the bag. With perfect timing the passing coal train’s deafening horn drowned out his scream. A scream of surprise, disgust and, though he’d deny it later, a good deal of fear.

It was a body. Inside the putrid dumpster full of garbage bags and crushed liquor boxes was a dead body. Well, he figured he was dead what with the bullet hole in his forehead, blood trails down his face and those blank, soulless eyes staring up at nothing. Crap! He stared at the bag of garbage still on the ground. “Damn, guess I can’t throw it in there now.” 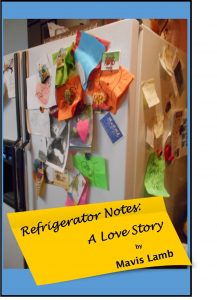 A collection of post-it notes, calendar reminders and messages that visually tell a special love story. The story is special not because of who the people are, but because it reminds us it is the little things that matter. It’s the small gestures people share that build a relationship that can last a lifetime. And that lifetime is captured and memorialized on the front and sides of an old refrigerator standing guard at the center of it all.

Gain exclusive early access to my short stories and be a part of my creative tribe. You also get amazing cocktail recipes, can vote on story endings and even be a character in an upcoming story. I would love for you to join me on this journey and become a patron at https://www.patreon.com/MavisWrites!